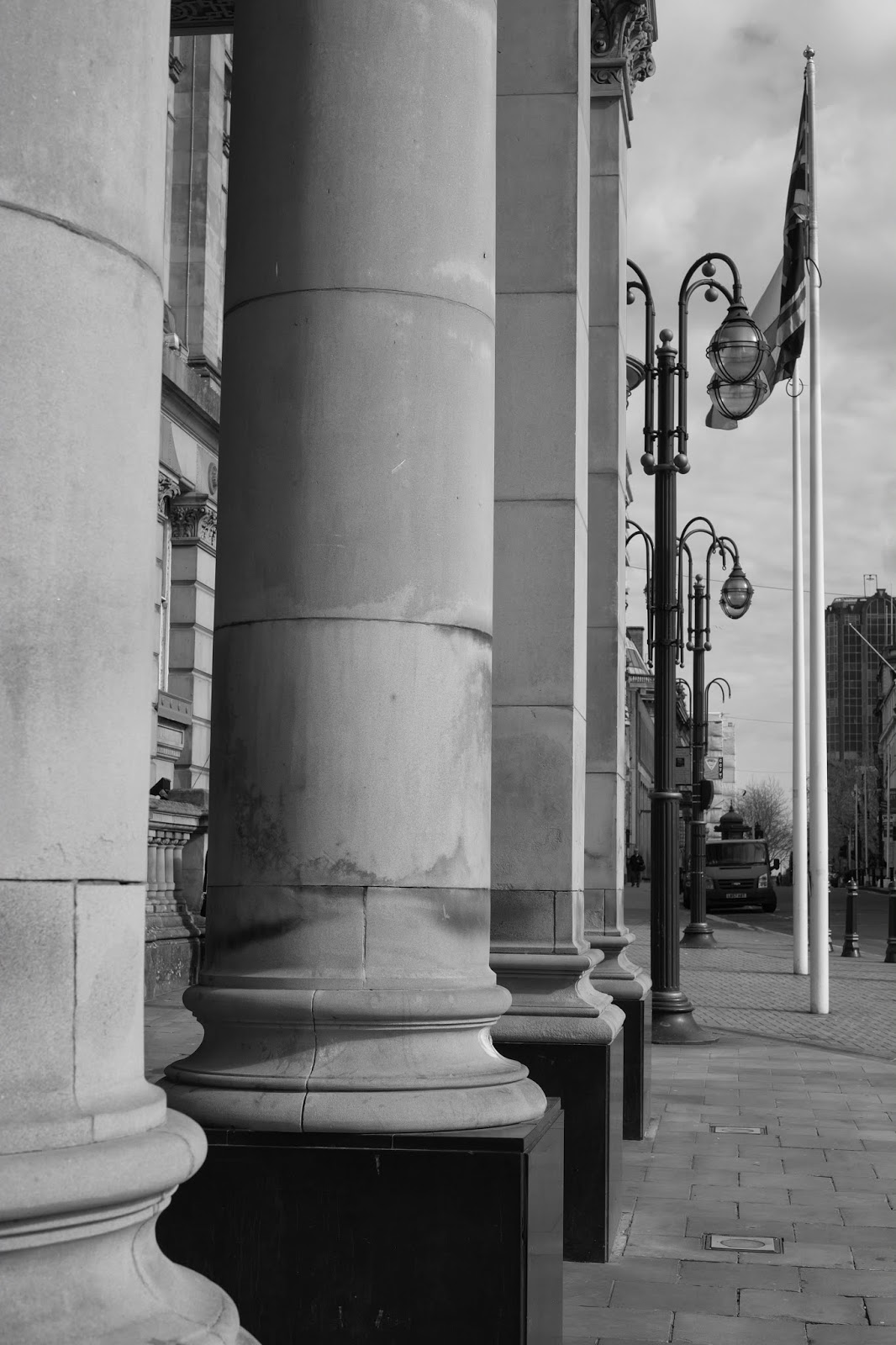 I find the gap between the columns a bit distracting, so I stepped closer to them: 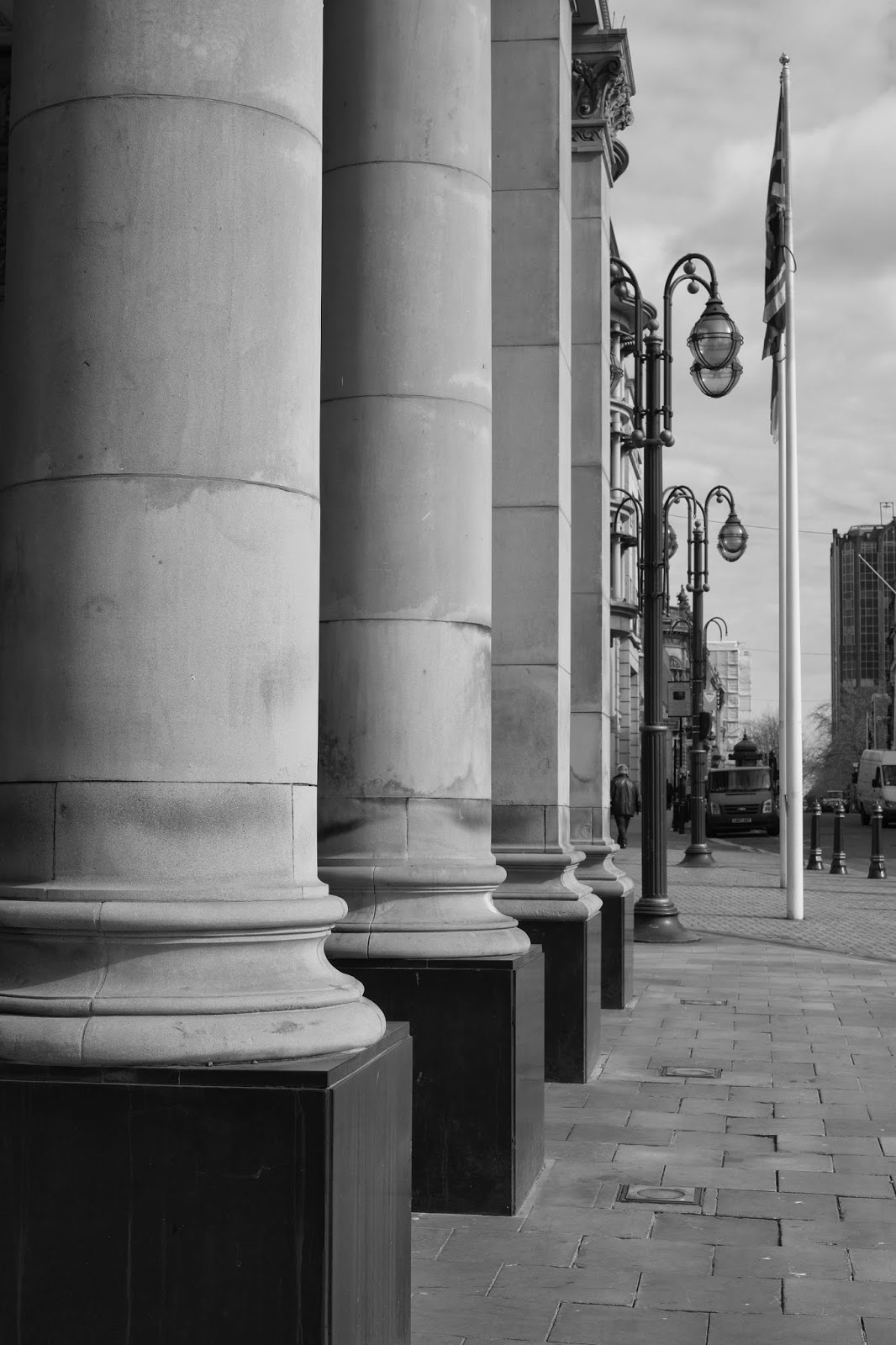 Next I tried to cropping tighter:
﻿ 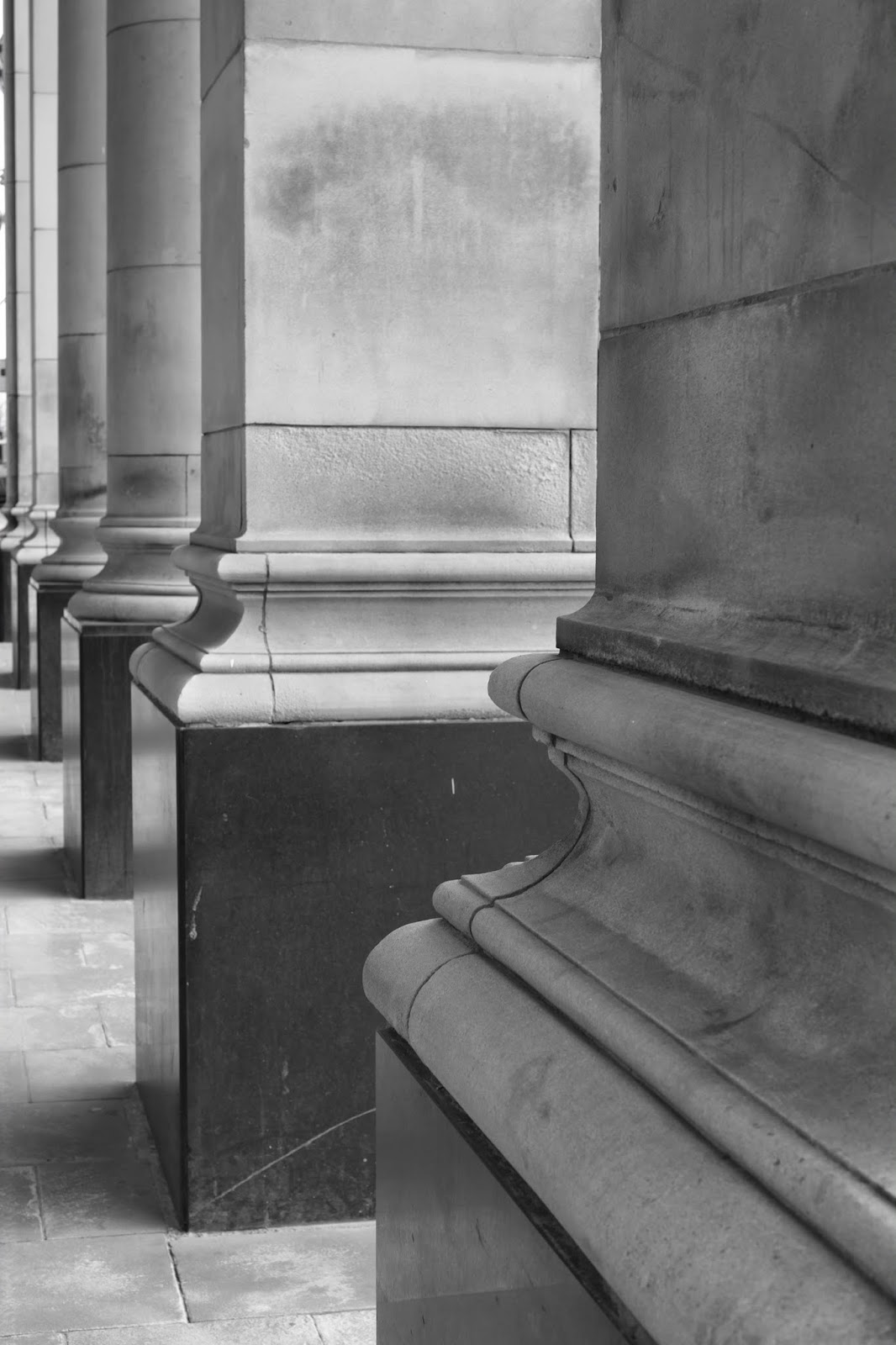 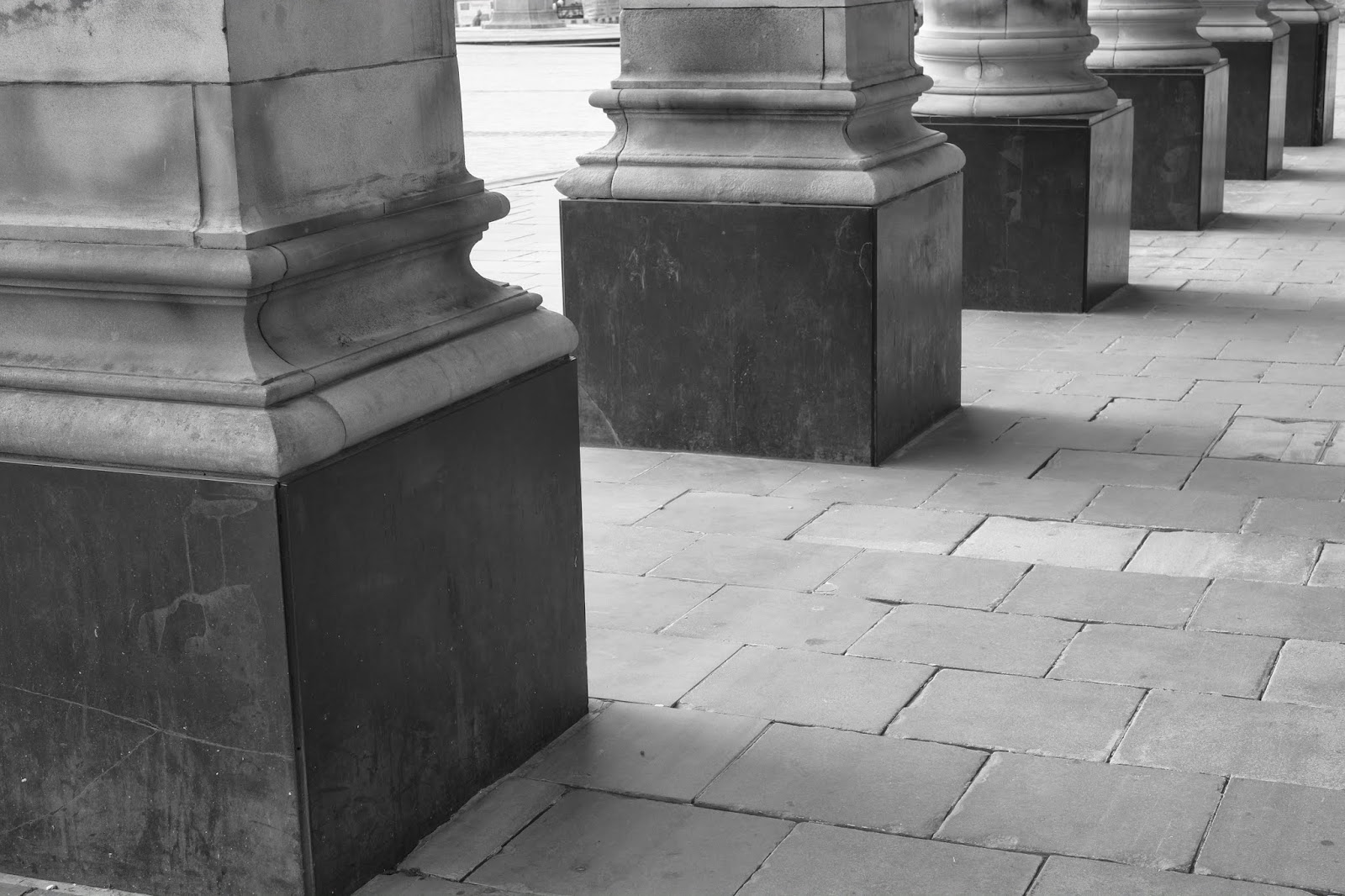 And lastly, stepping back again but including a glimpse of Queen Victoria's statue and some figures in the background: 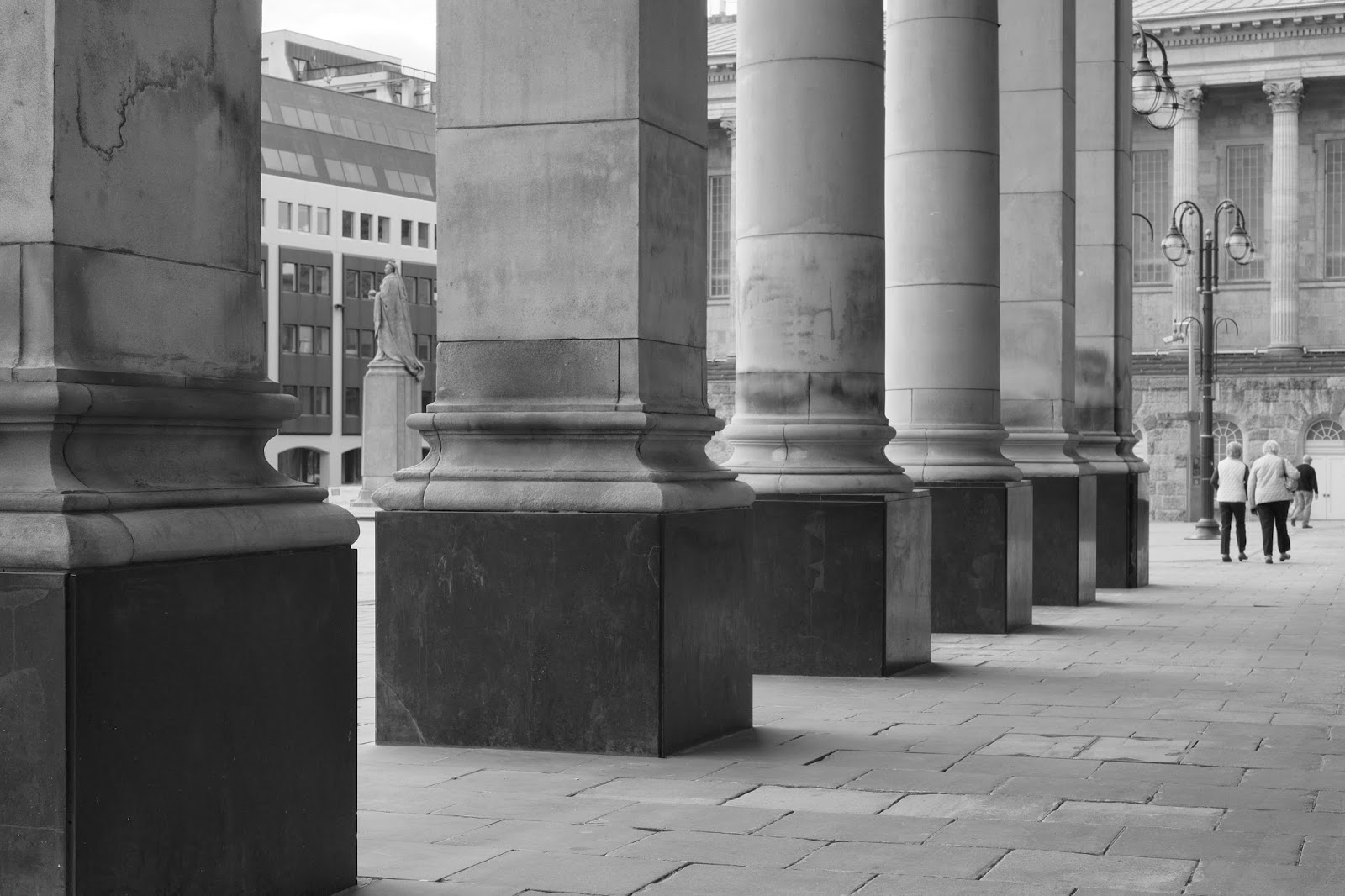 Posted by Tim Tucker LRPS on Wednesday, March 19, 2014 No comments:

I wanted to create a really clean, simple, design with theses spheres in Victoria Square, Birmingham, but found it difficult to avoid distracting details:


Next I tried to isolate and emphasise one of the spheres but still show it in context of the others:

Again though fussy details at the top of the image I find distracting, this next example with a shallow depth of field perhaps works better:

I think what also works better in this third shot is that by cropping less tightly on the nearest sphere, it actually seems to isolate it more.
Posted by Tim Tucker LRPS on Tuesday, March 18, 2014 No comments:

Another trip to Birmingham this morning:
Trying to capture some 'curves', the above shot seems 'ok', but not quite right. I had included the drain cover in the top right to add a little interest, but I'm not sure that works. On the next one I missed the shadow of the passing pedestrian at the top left which is a bit distracting:


The next one works better, I think because the two lighter curves are more tightly anchored into the lower corners and lead the eye in:


By changing position so that the camera was pointing down, the same curved block work becomes more diagonal:

An exercise from the course, all these pictures of a sign on a curved wall were shot at f/1.4 on a crop sensor (APS-C) digital camera:

﻿
I prefer the first one - it seems to stand out more than the others.
Posted by Tim Tucker LRPS on Thursday, March 13, 2014 No comments:

Email ThisBlogThis!Share to TwitterShare to FacebookShare to Pinterest
Labels: Art of Photography, exercise

Another example to illustrate rhythm (or is it pattern?!): 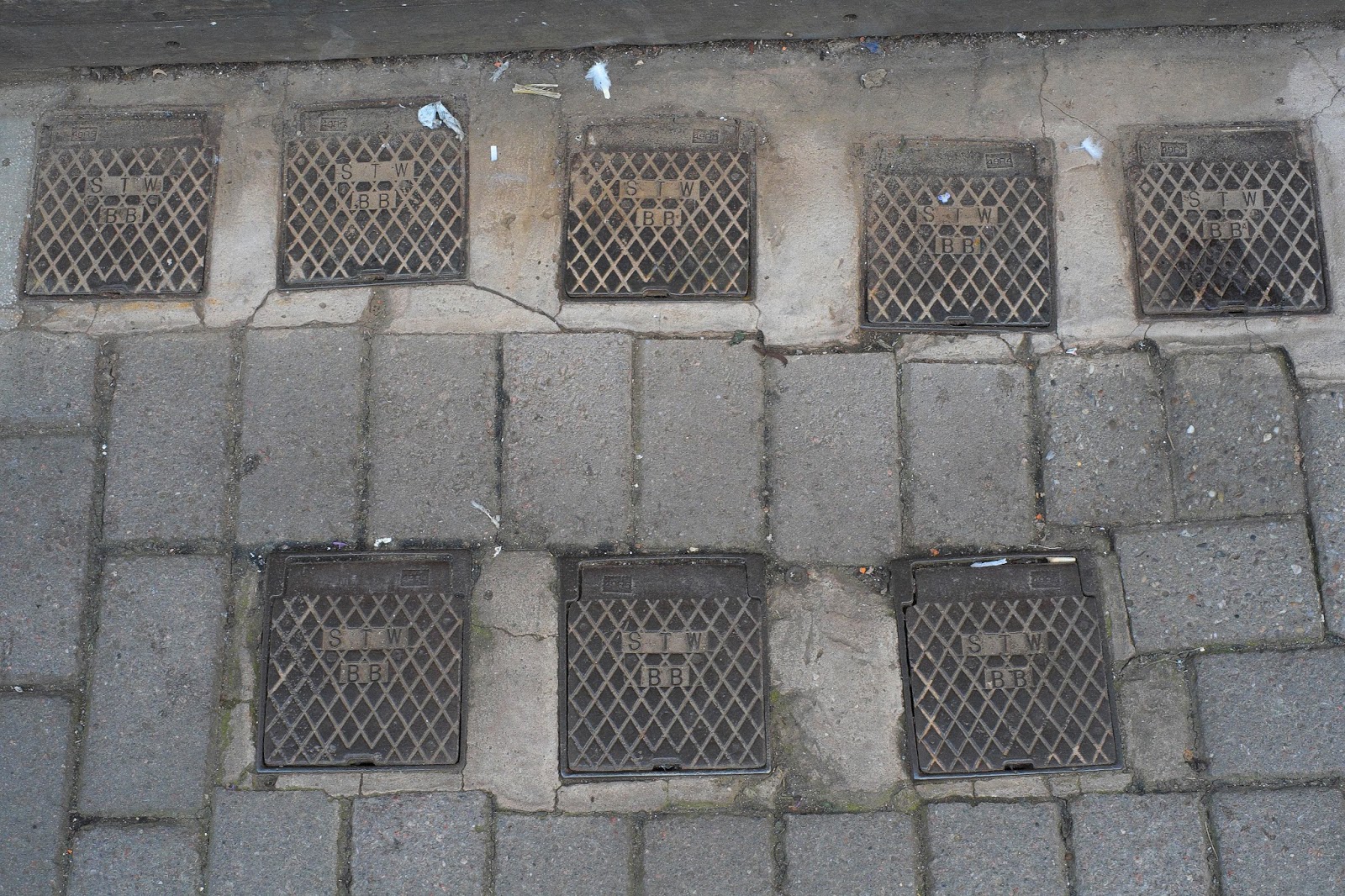 Posted by Tim Tucker LRPS on Wednesday, March 12, 2014 No comments:

Another shot from my first attempts of street details, here trying to shoot a combination of vertical and horizontal lines: Perhaps a little too literal or 'deadpan'? Still, I like it, I think because the slightly bluish hue of the white-washed glass goes well with the packing tape. Also the random-ness of swirls of white-wash contrasts with the regularity of the window frame.

May be this blacked-out window is a better example: 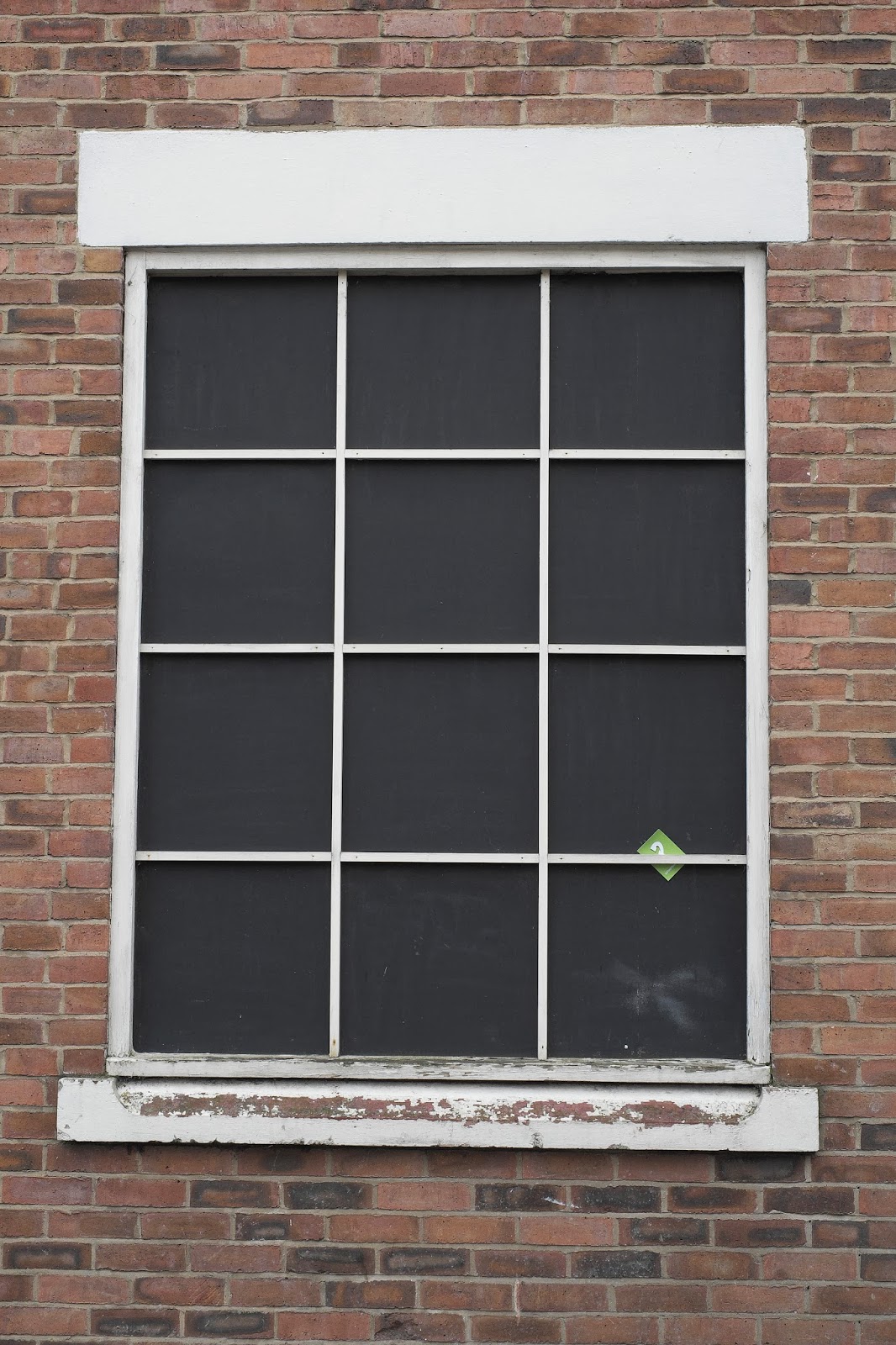 I decided to take 'street details' as the subject for my second assignment, 'Elements of Design'. Here's some shots from my first attempts: 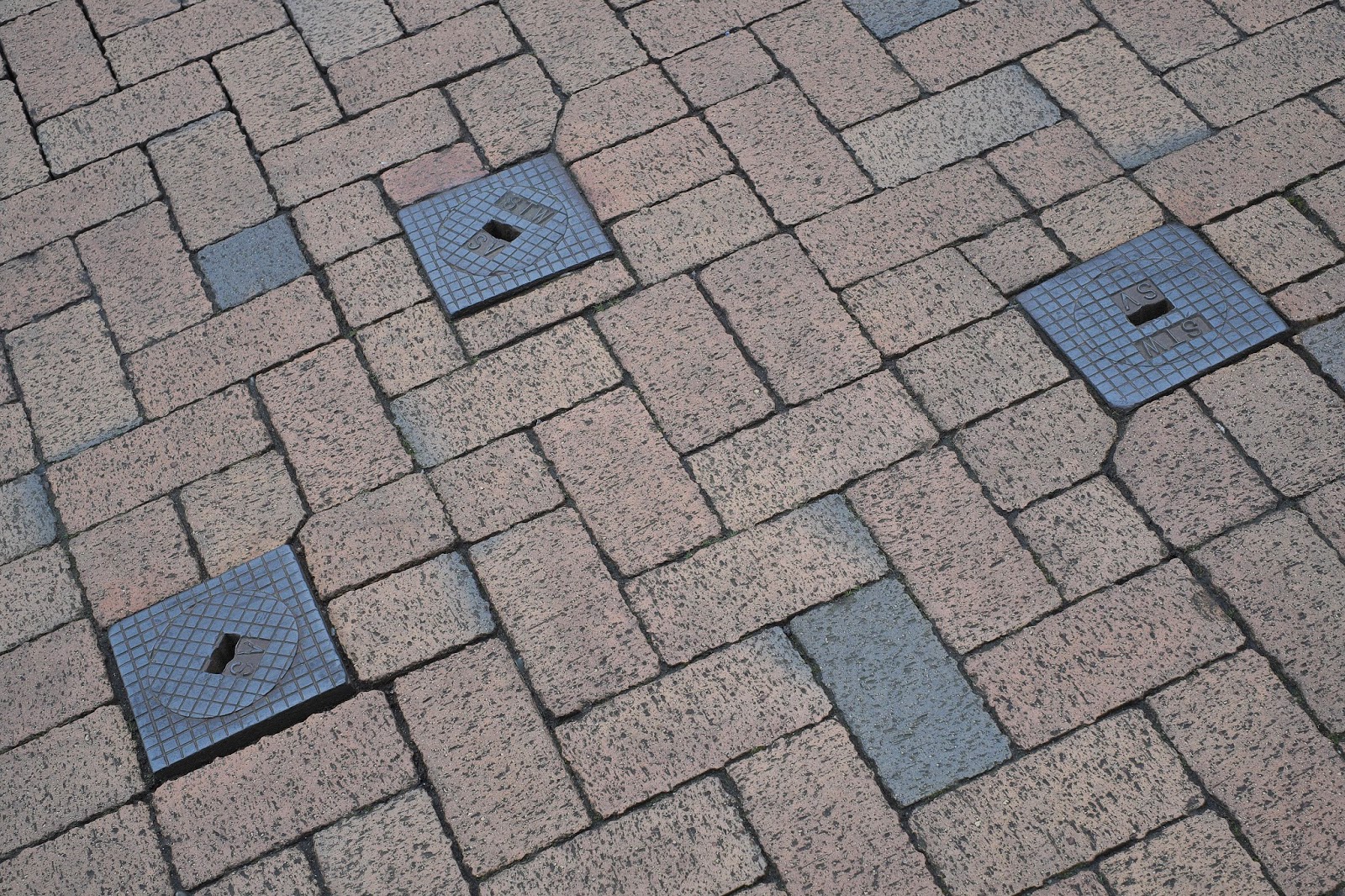 I was trying to create an implied triangle here, but I think my earlier shot was more successful:
﻿ 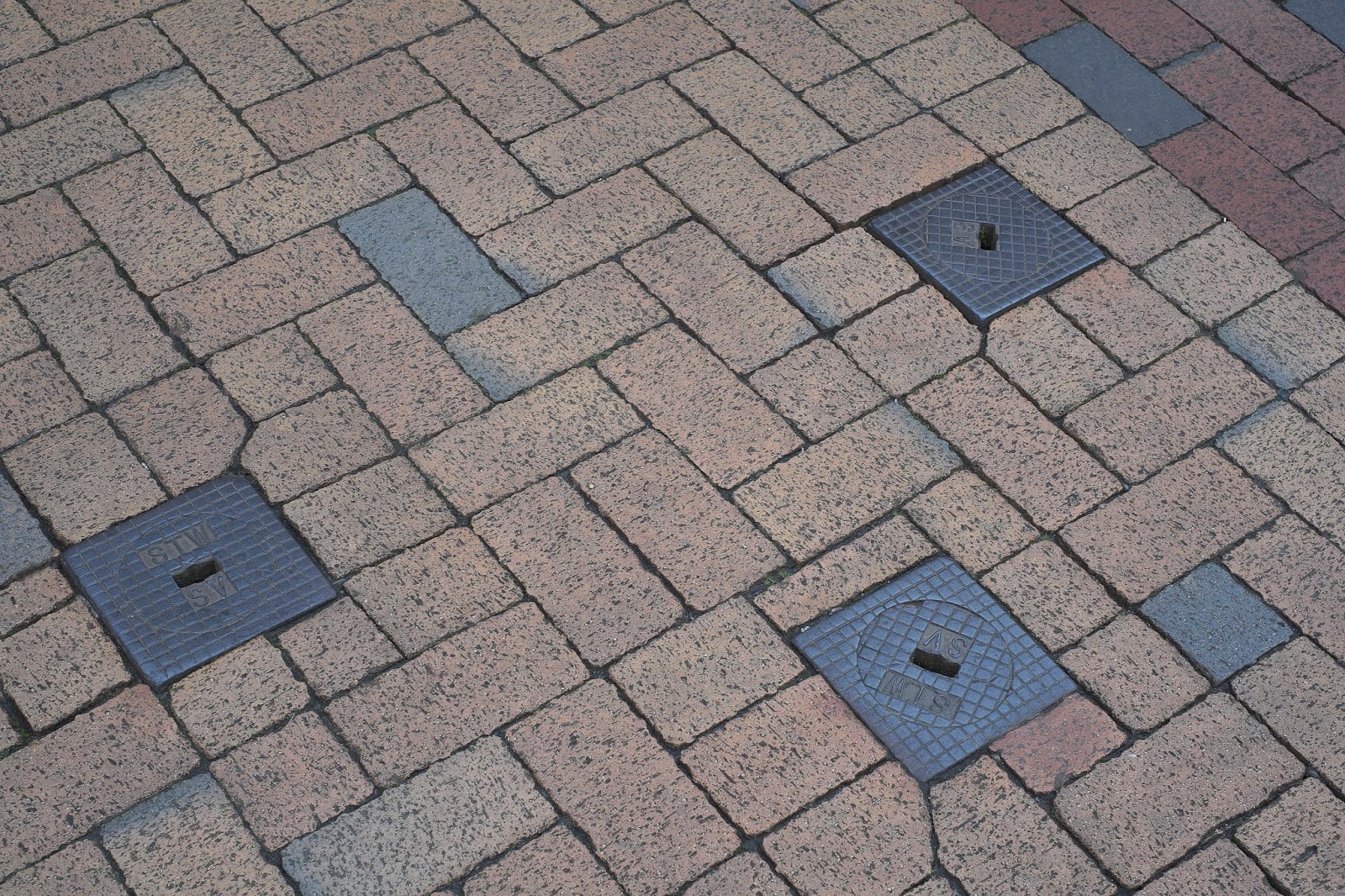 I think this works better as the 3 darker blocks create a second triangle shape, as does the group in the upper right corner: 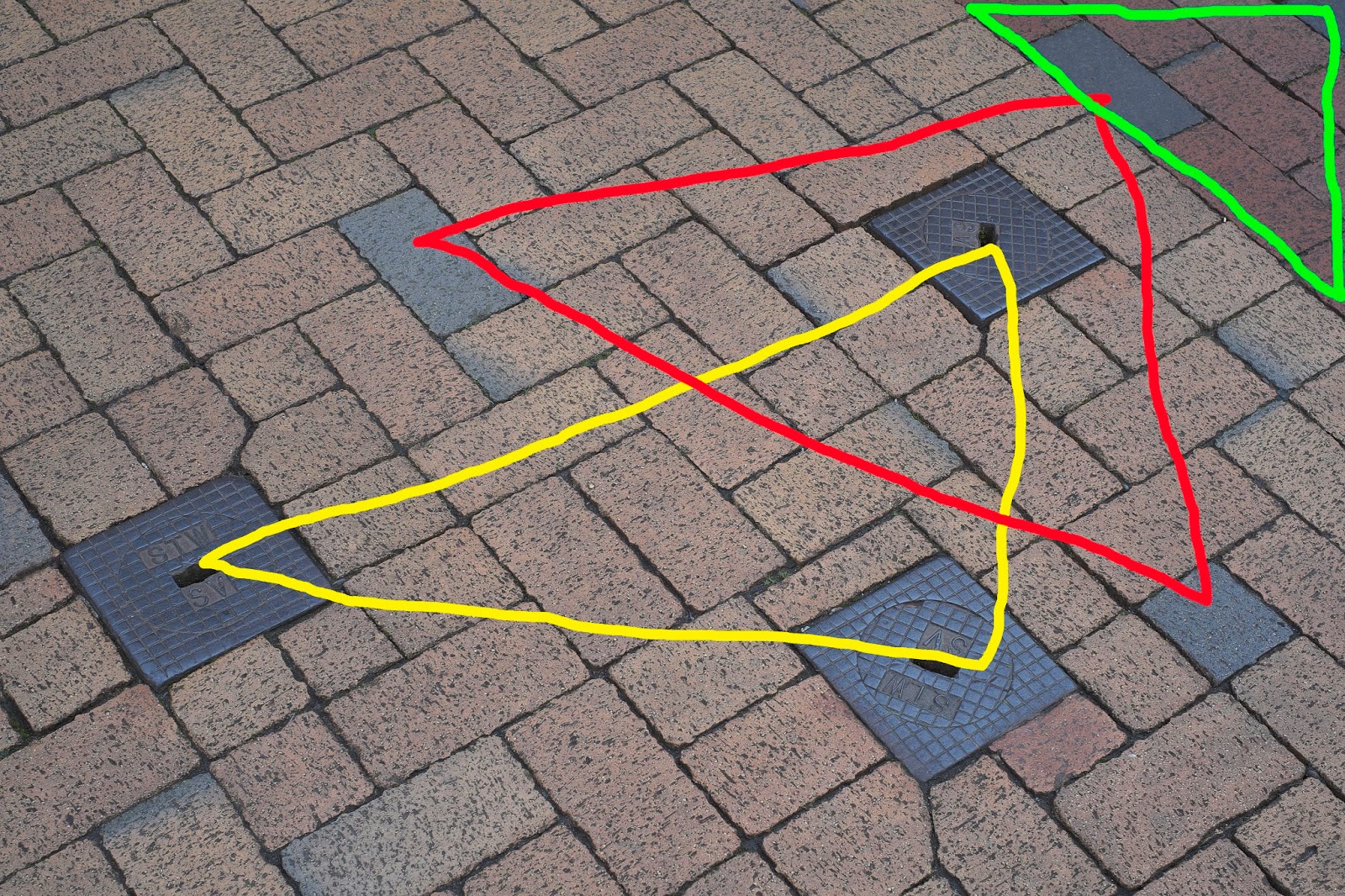 I visited The Photography Show at Birmingham NEC today, where I heard two interesting talks by contemporary travel/documentary photographers of National Geographic fame. First, Steve McCurry and then Joe McNally.

McCurry is perhaps most famous for his 'Afghan girl' image, which appeared on the front cover of National Geographic in 1985, see here. He related the many challenges he had faced in travelling to some of the most dangerous places in the world, and how most of his street portraits were made by selecting a suitable back-drop and natural lighting, and then simply waiting for an interesting subject to come along.

But he also showed himself to be a master of subtle artificial light effects in his shots for the Pirelli calendar, in which he also broke away from tradition and avoided nudity. He preferred the use of constant lighting rather than flash as he like's to 'see the light'.

He also gave some good examples of how his imagery had helped to communicate the plight of people in crisis-ridden countries and had directly led to some of them receiving help.

Joe McNally is well known as an exponent of on-location artificial lighting (see in particular his book The Hot Shoe Diaries), but over the course of the hour also revealed himself to be modest, self-deprecating and very funny. His tales of crazy schemes dreamed-up and then bought into by editors were at times hysterical, as was his wickedly ruthless humour at the vagaries of the world of journalism.

His more serious side came out when discussing his photographs of survivors of 9/11 World Trade Centre attacks. What he made clear is that he feels portraiture is all about being sensitive and building relationships, some of which he has sustained over decades.

During the question and answer session, McNally came out with a quote, which if I recall it correctly, goes something like this:

'As photographers.....or aim is to communicate with thousands of people who we shall never meet.....'

I recieved feedback from my tutor on Assignment 1, and it was broadly in line with my own self-assessment, which is a good start. The summary of the key learnings, placed in my order of importance, are:

Click the logo below to go to the OCA site